Yvonne’s musical career began as a pianist and later she began composing music for chamber ensembles and orchestra.  She completed a Master of Music in composition at the University of British Columbia, Canada.  Throughout her career she has continued to perform as an accompanist for numerous singers, choirs, and instrumentalists and as a pianist in chamber ensembles.

With a desire to share her music and stories with children, Yvonne created original music to accompany the narration of her stories. She formed a trio consisting of piano, percussion, and dramatic voice to perform her stories and music in Elementary Schools and the ensuing popularity of her fun-filled stories and interesting music prompted her to orchestrate these works so that they could be performed in the children's series of professional orchestras. These engaging and highly animated musical works introduce children to the orchestra while captivating them with imaginative storytelling and exciting descriptive music created to complement and enhance the action and mood.   The orchestral versions of her musical stories are now performed frequently in the children’s series of Canadian orchestras including past performances by the Vancouver, Calgary, and Kamloops Symphony Orchestras.  A musical CD of Henrietta, the Cow, performed and narrated by Yvonne, is available and is included with the purchase of her book.

Yvonne has always been an avid reader and when her two children were young she spent many hours reading them their favourite children’s books.  Eventually she began to write her own children’s stories and Henrietta, the Cow was her first published book.  It is the first story in her 'A Day at the Farm' collection which includes fun-filled stories about Clyde, the Horse, and Cecily, the Pig.  There are three more imaginative stories which are part of another collection of her stories called 'A Day in the Forest' and these are Percy, the Porcupine, Clarissa, the Squirrel, and Walter, the Moose.

The unique illustrations for all of Yvonne’s books are created by the author using shapes cut from fun foam which are then displayed on a story board and photographed.  The resulting works of art provide the vibrant and distinctive illustrations which complement Yvonne’s stories.

Working as an accompanist for operatic singers over the years has provided Yvonne with an expansive knowledge of sound production, voice projection, and dramatic narration.  When she created her musical trio to perform her children's works in schools, Yvonne initially performed on the piano and another performer provided the narrative.  But when professional orchestras began performing her children's works, Yvonne realized that she could provide the narration for her stories exactly in the manner she had intended.  She perfected her dramatic storytelling skills and has been joining orchestras on stage whenever possible. 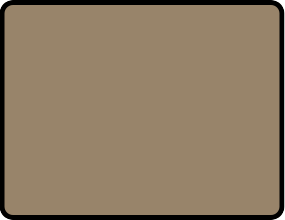 A Day at the Farm

A Day in the Forest